One Year On, Awaken I Am Remember Their Fallen Guitarist — Kerrang!

On May 15th, 2018, Awaken I Am drummer Luke McKenzie and vocalist Jimmy Alexander were in Sydney, Australia, chilling on their day off from a tour they were managing, when Luke got an unexpected phone call.

“A group call came through from everyone in our band except for Connor [Verner-Oakley, guitarist]…but Connor’s brother Troy was on there, too,” says Luke. “I thought that was weird. Why was Troy in the call?”

Troy explained to the band that there’d been a car accident. A woman had been driving the wrong way down the street, and Connor had been in the wrong place at the wrong time. He was dead at 22. 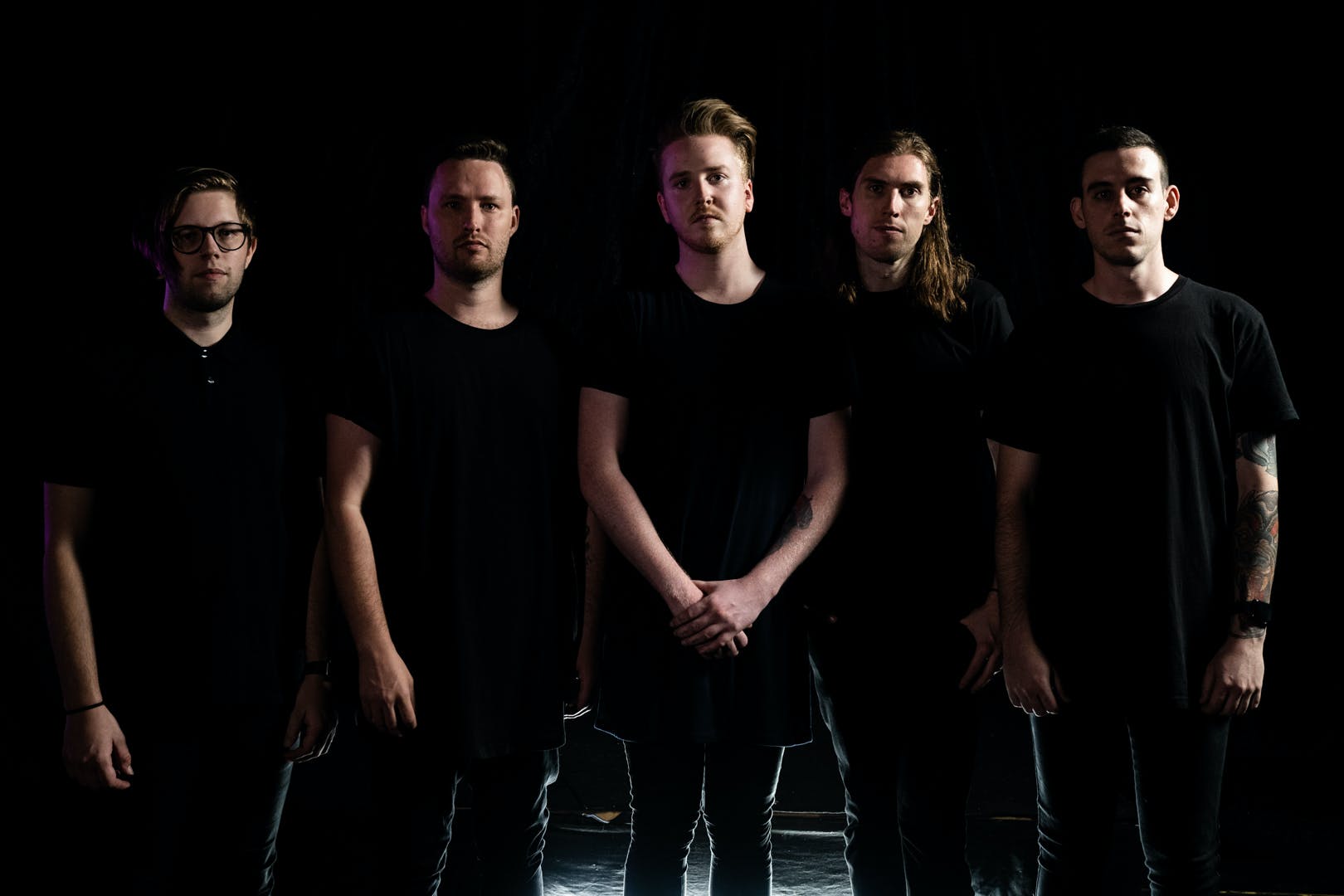 The tragedy of Connor Verner-Oakley’s death was twofold, in that it not only robbed the world of a young talent before his time, but it also struck a band in the process of ascending to the next level. Awaken I Am had finished touring the U.S. in support of their 2017 album Blind Love only a month and a half before Connor’s passing, and the Brisbane quintet were scheduled to head back out on the road less than two weeks after the tragedy had happened. The concept that Connor was gone absolutely crushed the band; the idea of finding a new guitarist and touring so soon afterwards felt almost unthinkable.

But in the name of Connor’s love of music, and at the urging of his family, Awaken I Am brought on new guitarist Jay Sibthorpe and pushed through the pain. The result was The Beauty In Tragedy, an EP of songs paying tribute to Connor’s life and venting the confusion and bitterness felt by his bandmates after his death. Recorded by Taylor Larson (known for his work with Asking Alexandria and The Word Alive), the album is a hard-hitting mixture of tracks written while Connor was still in the band and songs that came out of Awaken I Am’s grieving process, each one a piece of high-gravity post-hardcore that will leave fans with their jaws dropped.

On the phone from just outside of Atlanta on the band’s current tour with Secrets, Luke sounds understandably grim when discussing the first anniversary of Connor’s death, but resolute to talk about it none the less. When we apologize for the sensitive nature of the interview, he’s gracious but firm.

“I really appreciate that, but even though there are some things that are incredibly difficult to talk about, that’s why we’re doing this in the first place,” says the drummer. “We’re doing this to carry out Connor’s legacy, and part of that is talking about what happened.“ 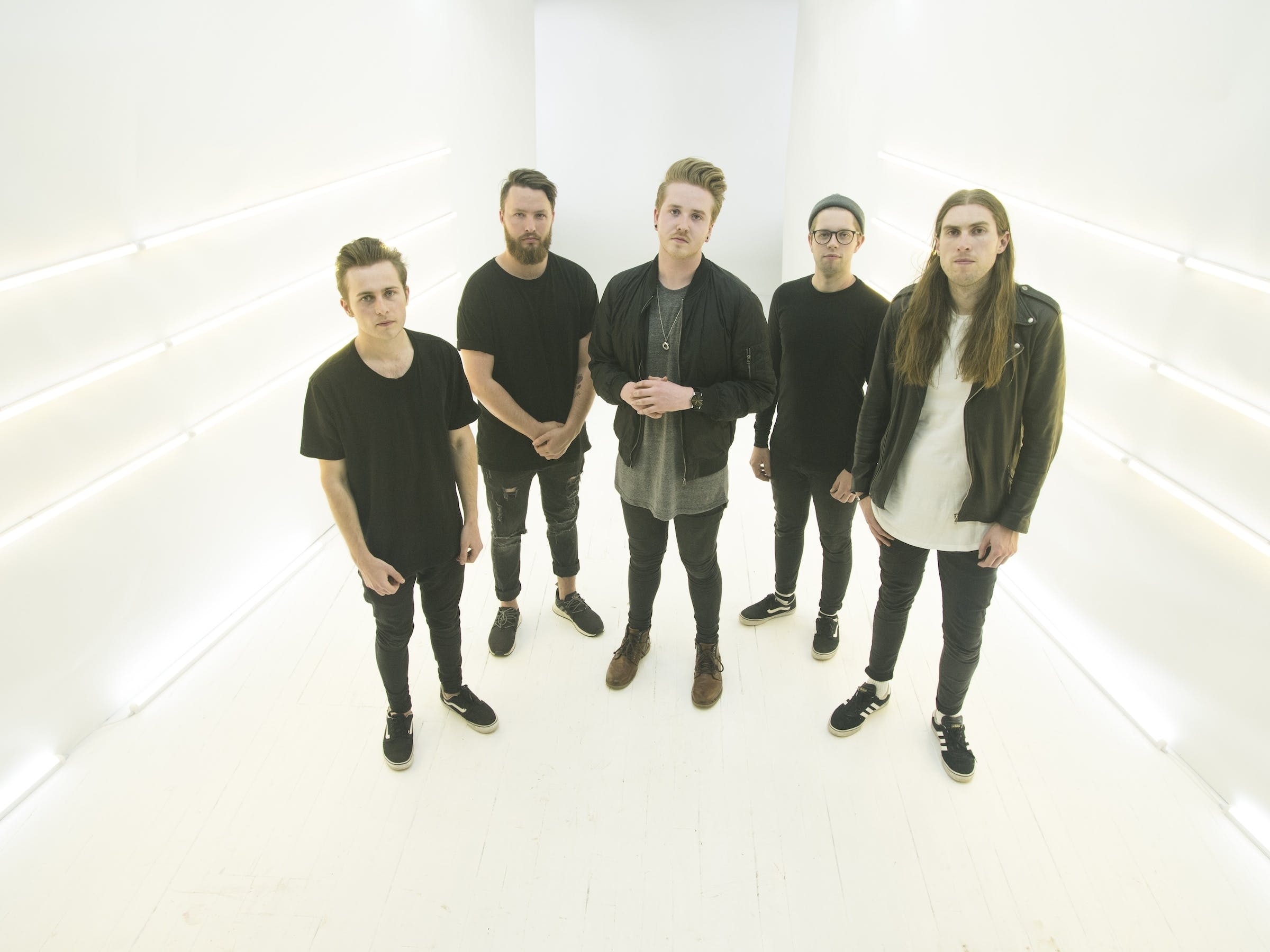 Above: Awaken I Am with Connor Verner-Oakley on the far left. Photo by Dustin Smith.

Tell me about Connor. Who was he as a person, and as a musician?

He was easily one of the best people I’ve ever met. Back when he was about eighteen, Awaken I Am was looking for another guitarist, and I came across him. All I could think about was how talented he was. So I asked him to try out, and as soon as he did, we got him in the band. From the get-go, he was just such an incredible inclusion. He was a person that could get along with anybody. He was always super optimistic, always smiling. I don’t think you would ever see him without a smile on his face. He always loved music, too. Even when tours got tough, it never bothered him at all. He was very involved, and definitely one of the best musicians I’ve ever met. Even deeper than that, he was so passionate about music. In terms of taste, he would always love the more strange, experimental stuff. He was one of those very few people that has that very deep, genuine connection to music.

According to your press release, the driver who killed Connor was acting purposefully. What happened? Were they trying to hurt themselves, or others? Was it in someway intentional?

So, when we first heard the news, we heard that the driver was 72 years old, so we thought she must’ve had a heart attack or some other medical issue that caused her to drive on the wrong side of the road. Then, police investigated, and in two weeks we got the news that there was no medical condition involved, and that there was footage showing that she intentionally drove on the wrong side of the road. So with that info, they concluded she was driving with the intent to end her own life, and that unfortunately Connor was in the worst place at the wrong time. Stuff like this, it’s just so hard to find any closure in, and that’s why I love music. For us, that’s what music was made for. When you know that someone was intentionally acting this way, and because of their actions they took away one of the best parts of your life, that’s what the anger from [our new song] Kin was founded upon. If I had the chance to talk to this lady and the situation, this is what I would say. 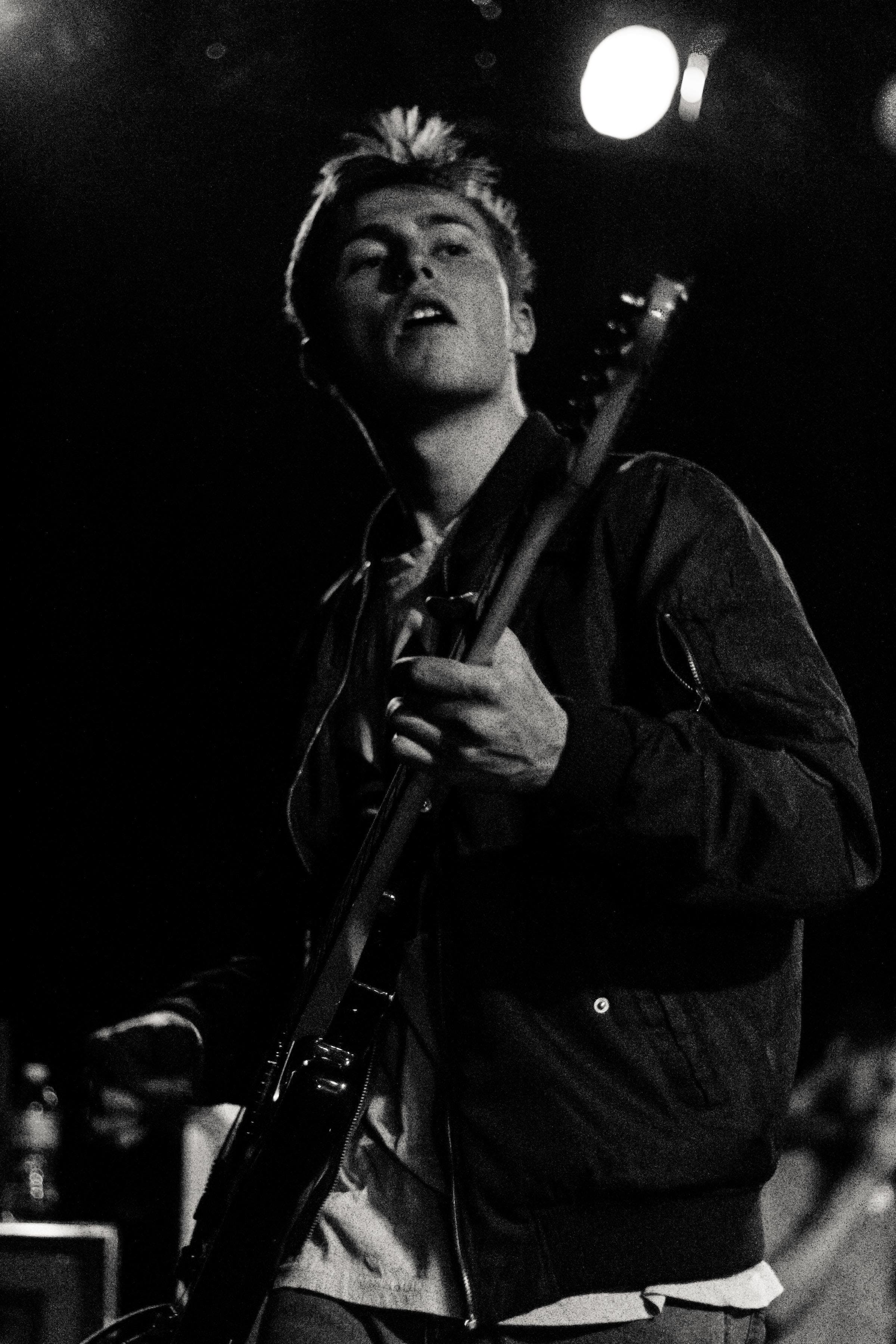 How quickly after all this happened did you guys start working on this EP? Did you take a period to mourn? Was there ever a question of, ‘Do we keep going? Is this going to derail the band?’

We actually had a tour booked ten days afterwards, but our biggest concern was Connor’s family. Two days after the news, me and Jimmy came down to comfort them in their time of need. In this time, we also wanted to sit with them and ask if they thought it was appropriate to do this tour. Our thoughts were very split. On the one hand, we didn’t want to move too fast after what had just happened. On the other, playing this music would continue Connor’s legacy, and added an extra layer to it all. It felt like our responsibility to be out there, playing. So we talked to his family a few days later, and when we asked if we should do this tour, they told us that we needed to, that Connor would be so upset if we didn’t. That made us realize how much we needed to push on. It was incredibly hard, but being together at that time was definitely one of the best things to happen to us. We were all going through the same thing, and we were all able to be very open about how we felt. It reminded us why we do this in the first place.

You hear about bands that dive right into recording or touring after a death, and it doesn’t seem like they get a chance to mourn. But it sounds like with you guys being on tour, you all mourned together.

Absolutely. I understand that perspective, because some people use tours to just mentally check out. Where it was for us, though, was that we were just very open and honest with each other. We’d cry thinking about the bad times, and laugh while we talked about the good times. We didn’t close off or check out. We were honest, and powered on through it. 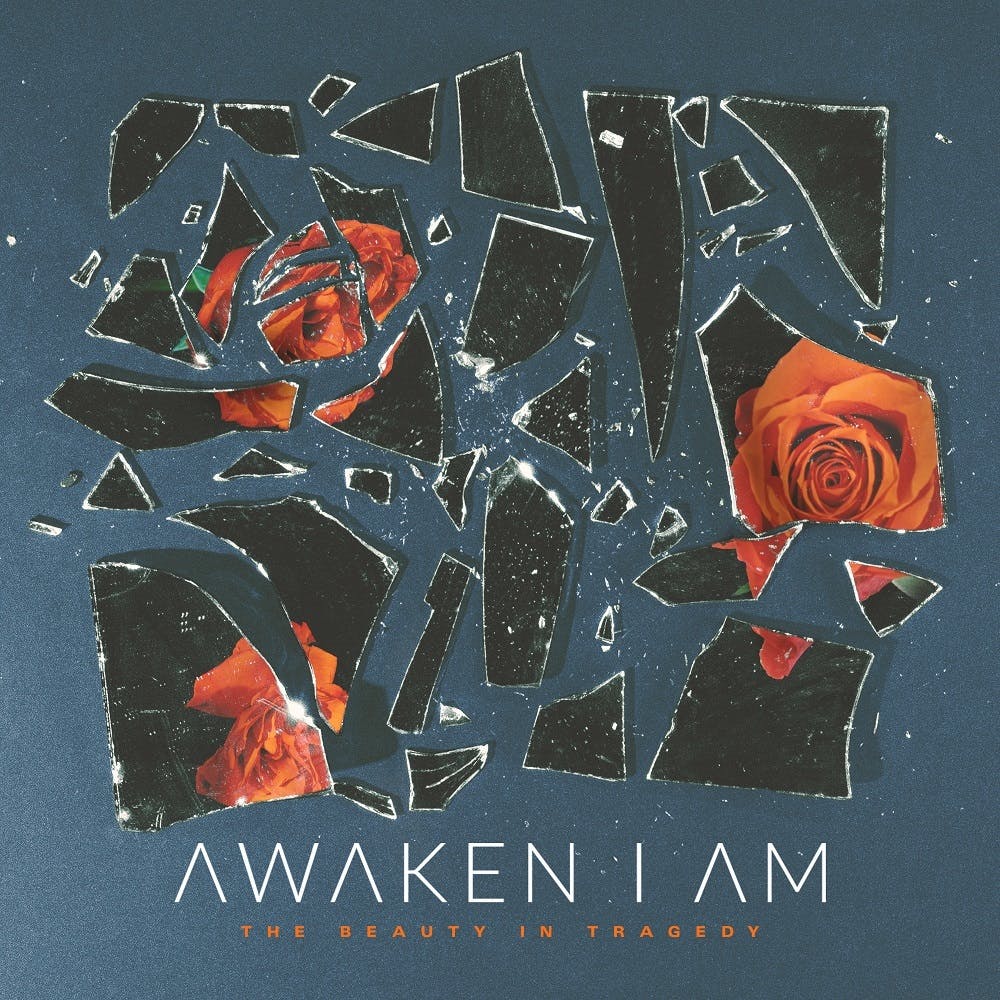 When it came time to record this EP, did you guys know it was gonna be about him? Did you feel any trepidation about treading on this emotionally difficult ground?

When we talked to Connor’s family, one of the things we brought up was that we wanted to make something in honor of him. They were super excited about it, knowing Connor would absolutely love it. So we used the music to work through the emotions. Part of working through that is going down and understanding how I’m feeling, especially when it’s hard to stop and think. Writing forces you to do that. So we wanted to record this, not only in memory of our brother, but also to use that process to work on our emotions and feelings.

On this tour and moving forward, is there a specific song you play live where there’s a really feeling of closure or catharsis?

Kin is definitely the song that best fits under that. One of the great things about this is the support of the community in general. We’ve received so many messages of support, but also at the shows, you can just see how far it reaches, and how many people are affected. So now that we’re in America, and we play this song, we see how this audience reacts to it, and connect with it. It just makes me super proud — knowing Connor would be so proud really keeps everything going. Kin definitely means the most to us when we play it, and really keeps Connor’s legacy alive.

Awaken I Am’s The Beauty In Tragedy EP is out now on Victory Records.

The band is on tour with Secrets right now, so make sure to catch them live at one of the following dates: