Take A Look At The Memorabilia In London’s New Hard Rock Cafe — Kerrang!

Good news for rock historians and burger lovers, a new Hard Rock Cafe is opening in London this July.

Based at 225-229 Piccadilly, the new Cafe will be an addition to the longstanding Hyde Park venue, and will feature loads of new merchandise and memorabilia from the annals of music history.

Kerrang! has been given exclusive access to show a number of rare items from the biggest artists in rock’n’roll, ahead of the Cafe’s official opening next month.

The collection took three years to put together, and was curated by Giovanni Taliaferro, Director of Design and Memorabilia at Hard Rock Cafe International.

“There’s a lot of magic when it comes to music memorabilia,” says Giovanni. “That feeling fans get when they gaze upon an item that unleashes a flood of admiration, brings them back to a certain time and place, or simply reverence for the music they love is truly special. Art is very subjective and everyone can celebrate the genres and artists that relate to them.

“Curating this specific collection for our new Piccadilly flagship has been a dream come true, and I’m so excited to bring that magical feeling to new and wider audiences.”

In the exclusive images below, Giovanni shows off the new additions from Jimi Hendrix, Sex Pistols and more. 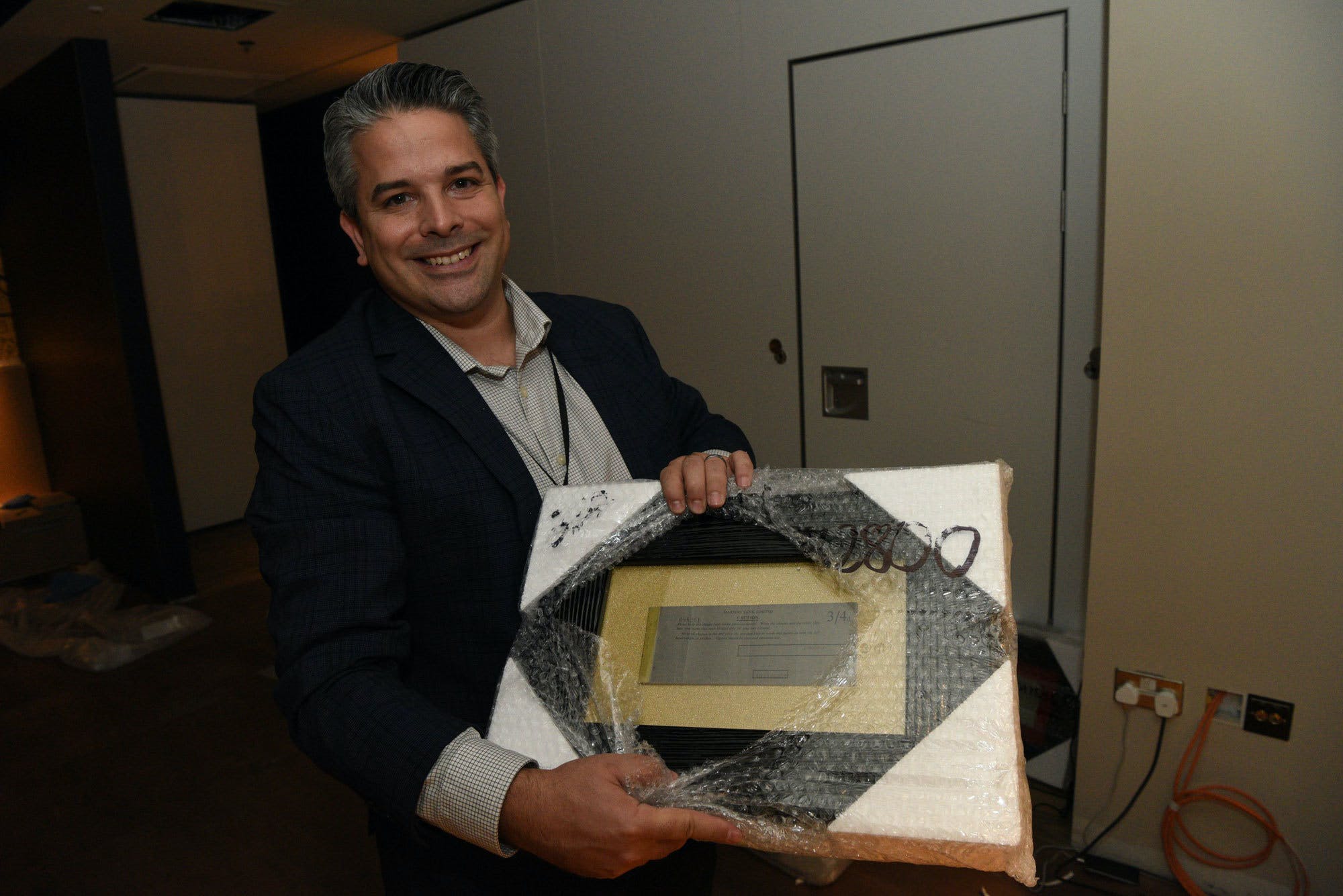 A pay check from Jimi Hendrix, which is a never-before-seen piece, and exclusive to Hard Rock Cafe Piccadilly. 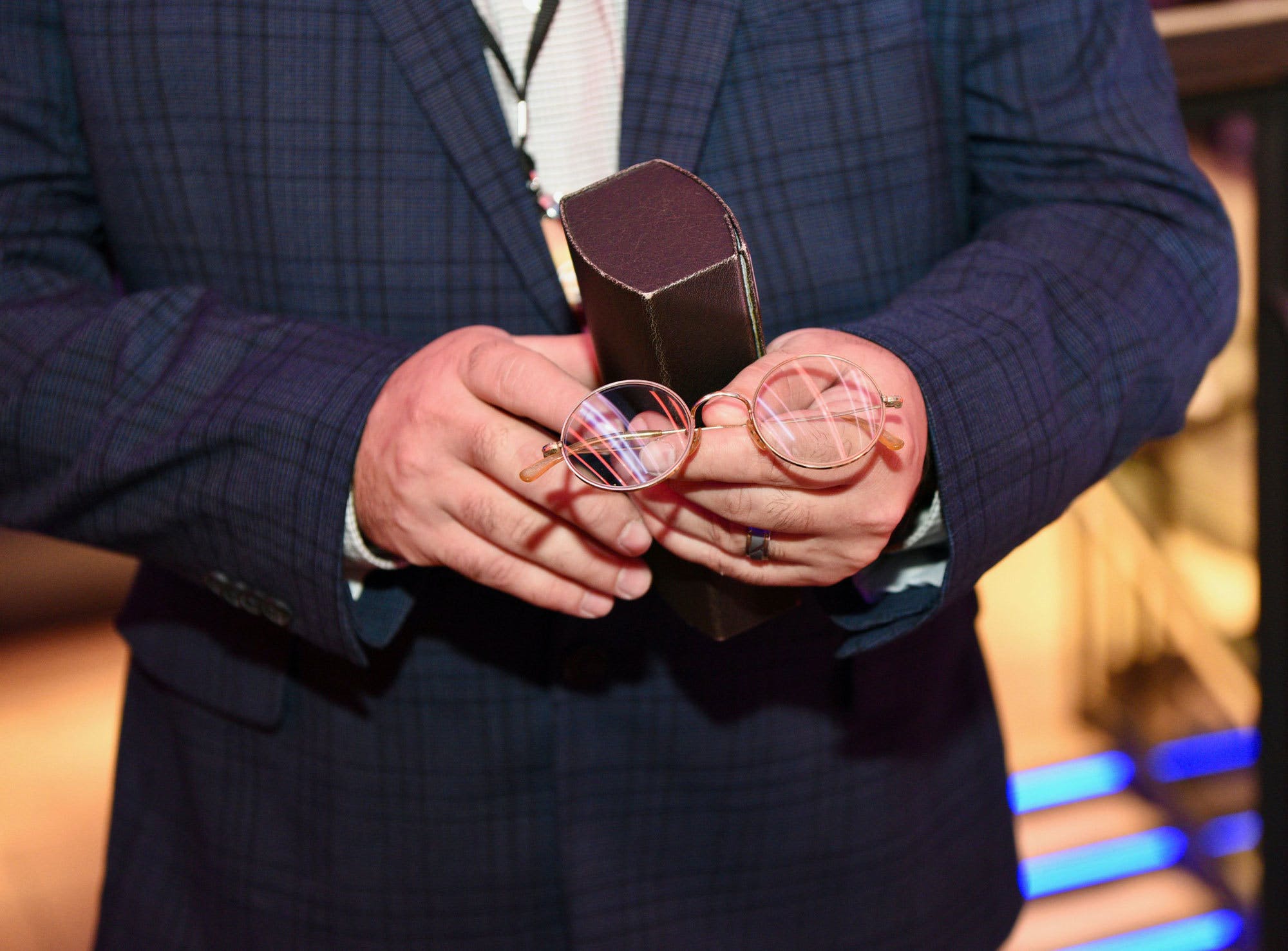 The famous circular glasses worn by John Lennon. He wore this pair to the Ad Lib club in London in the mid ’60s, whereupon he gave them to fashion designer Wendy Lewis so she could see due to the poor lighting in the club. 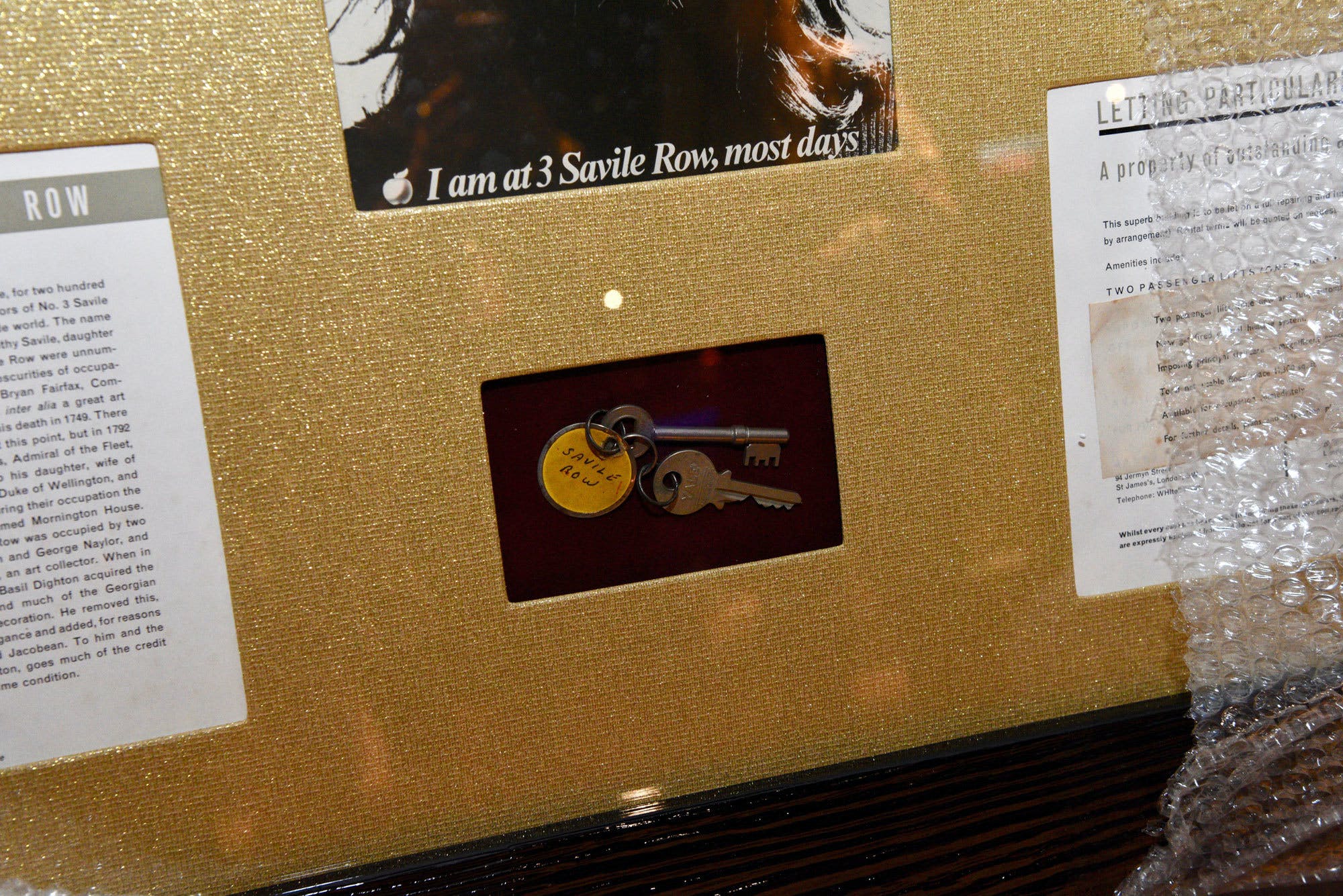 John Lennon’s keys to Savile Row. The Beatles purchased 3 Savile Row in London for £500,000 and moved in on June 22, 1968. John and Yoko Ono ran their early peace campaigns from the building, under the umbrella of Bag Productions. 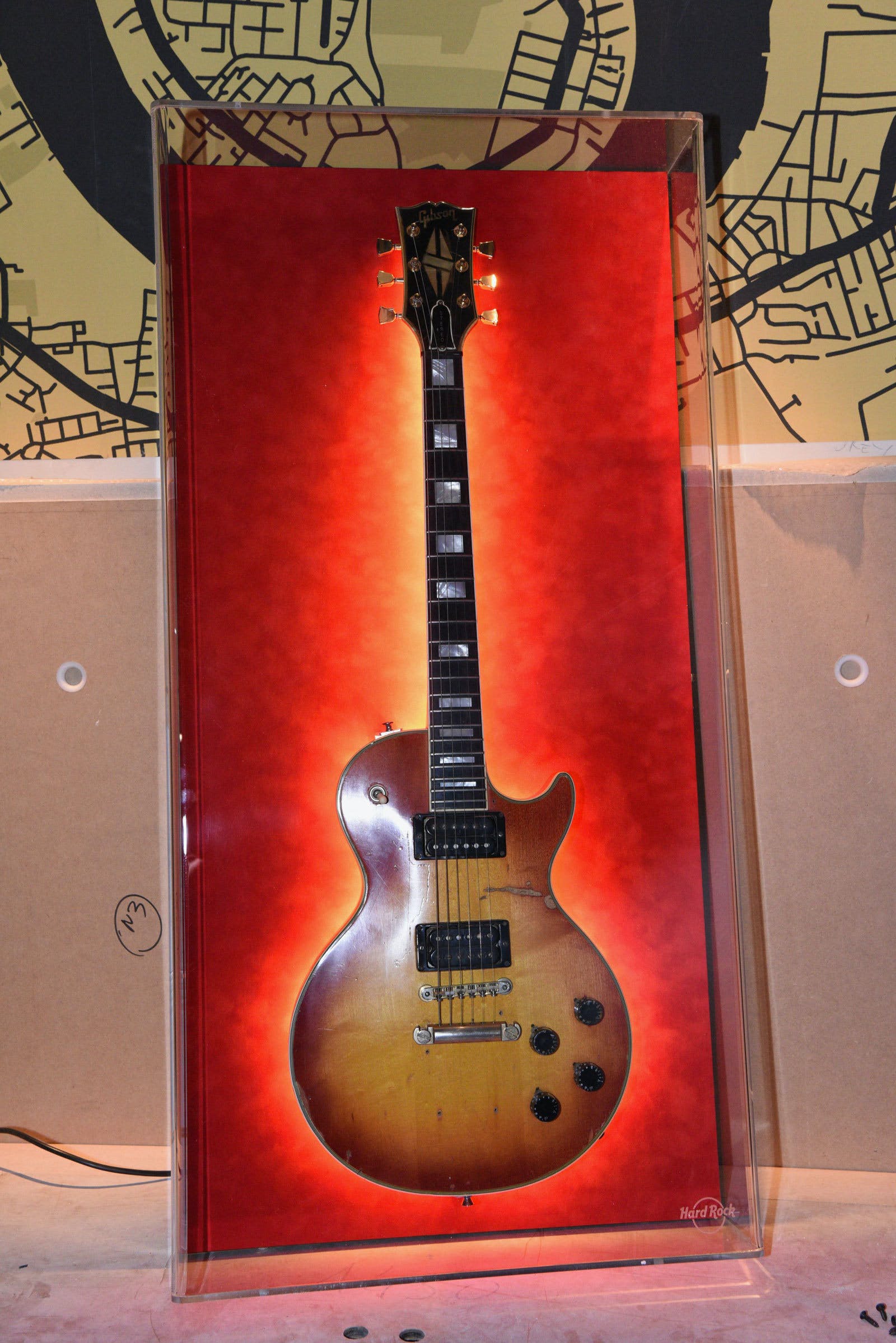 This 1967 Gibson Les Paul was used by Steve Jones when he started playing with the Sex Pistols in 1975. Originally belonging to Wally Nightingale from Steve’s first band Strand, it was broken by Steve at the 100 Club in London back in September 1976. Since then, it was repaired and passed on to British band Eater who used it to record two albums. 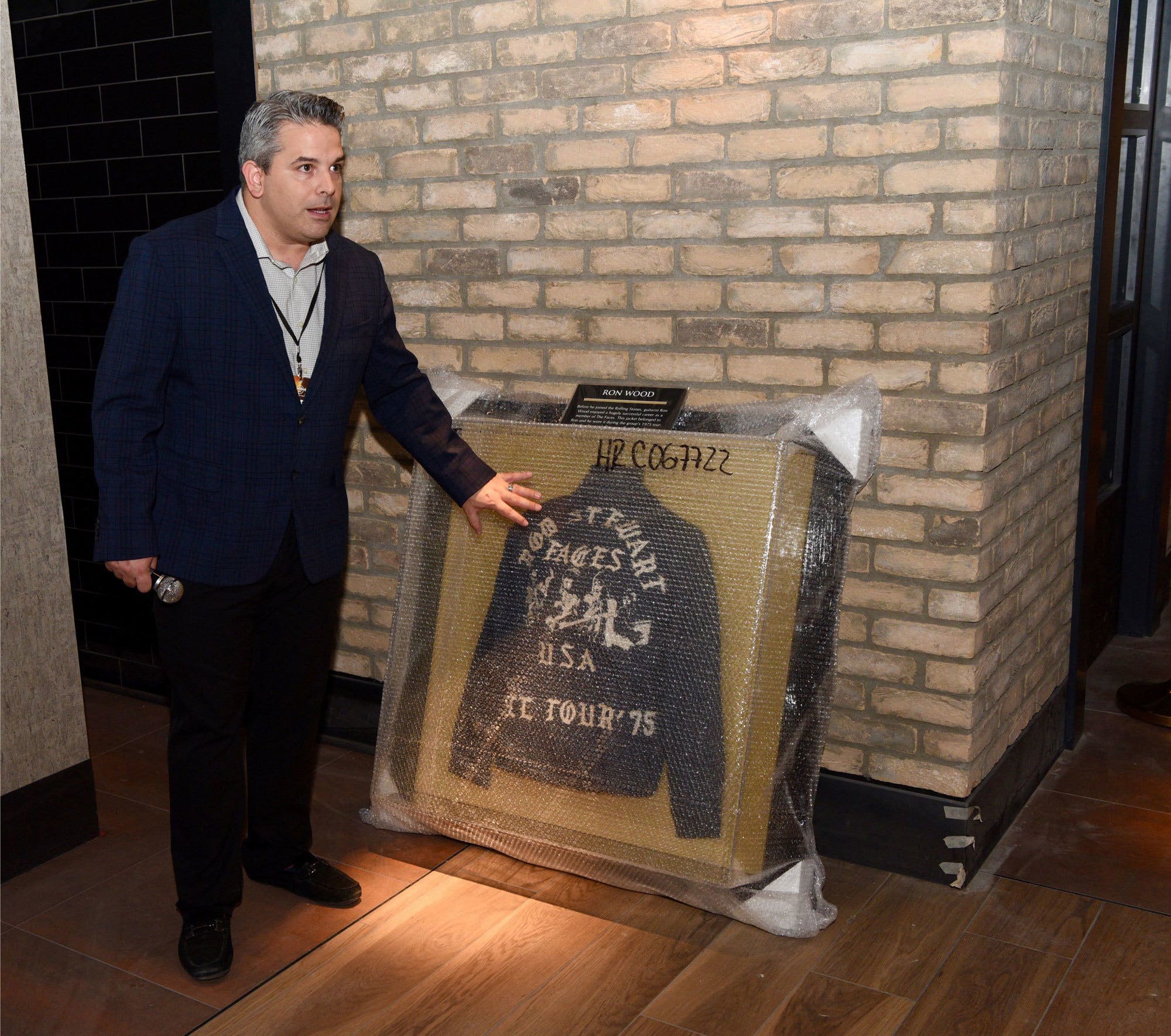 A jacket worn by Ronnie Wood during the 1975 The Faces tour, right before he left to join the Rolling Stones. 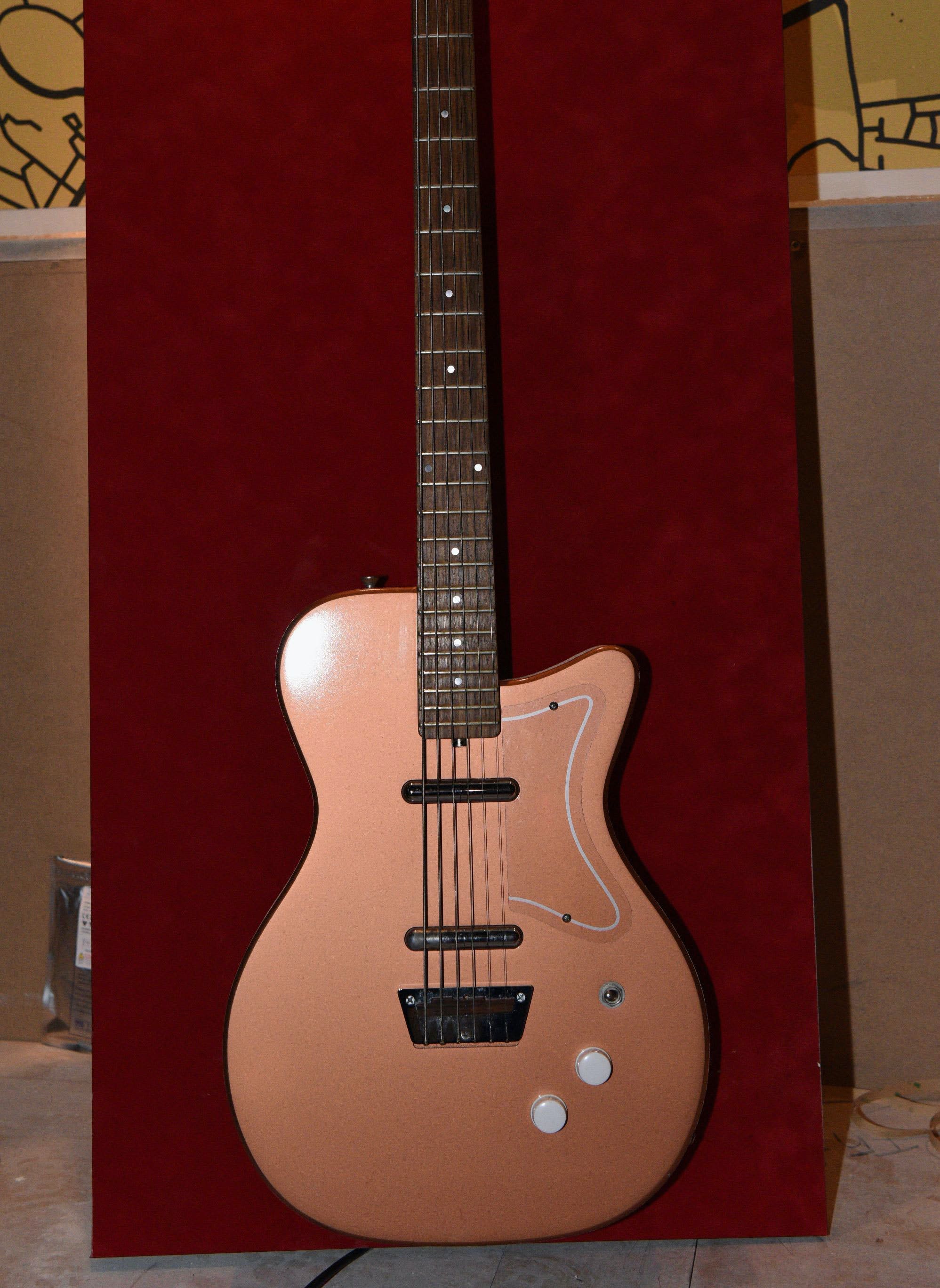 U2’s The Edge used this Jerry Jones electric acoustic during the recording of their album No Line On The Horizon. U2 recorded the album at Studio 1, Olympia Studios, London, and were the final band to record there before it closed in February 2009.

The likes of One Direction, Amy Winehouse, Ed Sheeran, Rihanna, Lady Gaga and Nicki Minaj have also contributed pieces of memorabilia – with items ranging from phone booths to hot pants.